In Conversation with Professor Sadovy 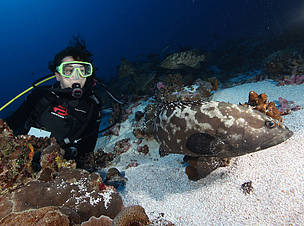 Yvonne Sadovy
© Yvonne Sadovy
Passionate about protecting the oceans, WWF-Hong Kong trustee Professor Yvonne Sadovy is a prominent academic at the University of Hong Kong who has also been actively involved in fishery management. Sadovy joined the university in 1993 after working as Director at the government of Puerto Rico’s Fisheries Research Laboratory and then as a biologist with the Caribbean Fishery Management Council of the National Marine Fisheries Service (NOAA, USA). The professor also finds the time to chair the WWF-Hong Kong Conservation Advisory Committee.


Q1. What is the life like as a marine biology professor at a university? Are you able to spend much time on travel and field work?

My life is mainly a mixture of teaching and research, plus administration to contribute to running my department and Faculty. I teach Fish and Fisheries, Conservation Ecology and related topics to undergraduates and also supervise postgraduate students doing their own research. I do as much research as I can and have the freedom to choose what I study.
While teaching I am at the University, but in the summer I have a couple of months when I can get away for field trips to do research and I spend as much time in the water as I can. I love to study fishes in their own world to understand their natural behaviours and so spend a lot of time diving to collect data. This work forms the basis of many of the research papers I write. Nowadays my research revolves around understanding reproductive biology and how and why fishing, and other human impacts, impacts reproduction and what is needed to restore declining populations. I particularly focus on threatened and very vulnerable species because these need the most urgent attention. I believe that if we can solve the problems with these species, it will also help many other species and stop their decline in the future.


Q2. With so much diving time under your belt, you must have had many amazing experiences. Could you describe some?

It is hard to pick one moment or experience as I have been lucky enough to have many, but those that stay most vividly in my mind are when I have come very close to certain species, some big like large male Napoleon fish, some very small, like beautiful mandarinfish or have seen fish gather in their hundreds or thousands. Spawning (reproductive) aggregations of fishes, particularly, fascinate me because they are brief and critically important moments in the fish’s life. Each year when certain fishes leave their homes and travel tens or even hundreds of kilometres to special places on the reef to spawn, at exactly the same time each year and for just a few days, they are so preoccupied with finding their mates that they ignore divers and, so you can approach them very closely, even within touching distance. In these large mating groups, the fish communicate by changing their colours, the males fight each other for access to females or court the females by quivering their bodies. Resting on the ocean floor, I feel like a privileged visitor watching a fantastic and timeless spectacle from the front row. Sometimes there is so much energy generated in the water when groups of males and females rush up to release their white clouds of sperm and eggs, like explosions of fireworks, that I can feel the pressure waves they generate in the water from their movements. When they have finished they all leave the site, like a fantastic migration of salmon until it is empty again -- until the whole event takes place again the next year.


Q3. You are currently Co-Chair of the International Union for the Conservation of Nature (IUCN) World Conservation Union Specialist Group on Groupers and Wrasses. What does this group play?

I founded the IUCN Groupers and Wrasses Specialist Group (GWSG) in 1998, almost 20 years ago when I realized that many of these reef fishes were declining. I developed a group of fish experts and invited Dr. Matt Craig to join me as co-chair. Our GWSG works globally and does two things. First, we conduct IUCN Red List assessments which means that we gather together everything that is known about the species to determine their global conservation status. We can then prioritize the species that need the most attention and what the major threat factors are; for groupers it is mainly overfishing. Our second focus is conservation work and we have two main projects. In the Caribbean we have worked hard over many years to see the Nassau grouper, an endangered species that used to be very common and important in fisheries, but has seriously declined, better protected. In the Indo-Pacific we have worked for over 10 years on the Napoleon fish (Humphead Wrasse, or so mei in Cantonese), a valued species traded live and for which Hong Kong is the global trade centre. The species is endangered and on the Convention on International Trade in Endangered Species (CITES) Appendix II. Our work ranges from understanding its biology to helping develop sustainable export quotas to improving implementation of CITES here, in collaboration with AFCD, to ensure that trade is biologically sustainable and does not threaten the species.

The focus on marine conservation by the Hong Kong government has improved over the last two decades or so. But there is still much more to be done and progress is very slow. A few marine areas were partly protected in the mid-1990s, although only one is fully protected, at Cape d’Aguilar, since the others can still be fished. A Biodiversity Strategic Action Plan was recently released as part of the city’s contribution to the Convention on Biological Diversity and a landmark trawling ban was introduced at the end of 2012. However, to ensure that such measures are effective and make a meaningful difference for conservation, more action and commitment are definitely needed because our marine environment, from the Chinese White Dolphin to the Chinese Bahaba and commercial fisheries in gneral, is still in very poor shape. More protected areas, better enforcement of the trawling ban, control of fishing effort and and legislation to protect threatened marine fishes (like the critically endangered Chinese Bahaba) are all urgently needed. Since we import almost all the seafood we eat and trade (mainly with mainland China) we really need to work hard to restore our fisheries and make sure that our seafood trade is biologically sustainable, traceable, legal and safe.


Q5. In general, do you think Hong Kong people are aware of the global fisheries situation and the concept of sustainable seafood? If not, which sector do you think should play the leading role in building awareness?

The general public and government have become much more aware about the local and global fisheries situations in the last two decades and the idea of sustainable seafood is slowly developing in the city, but it still has a long way to go. From work that I and others have done, including great work by WWF, there seems to be growing interest in making sustainable choices, but I feel that most people do not yet understand the need for this, understand what sustainable seafood actually is, or try to buy sustainably sourced seafood; most people probably still have no idea where their seafood comes from and why making good choices in seafood is important. It is good that a growing number of people do care and realize that their choices can make a difference; for them the government, in particular, can play a bigger educational and leadership role than it does now in ensuring that there is a better understanding of sustainability in the city, that our seafood is legally and transparently sourced and that sustainable or green practices are enabled and promoted widely in the city.
We also need to ensure our seafood is legal: as just one example, over 50% of Napoleon fish sold in the city are likely to be illegal. Hong Kong vessels bringing live fishes, like Napoleon, into the city are outside of government control and this needs to be addressed as a matter of urgency to reduce illegal trade and improve traceability.


Q6. Globally we are increasingly feeling the impact of human actions on our ocean, such as fishery collapse, species increasingly threatened, ocean acidification and massive coral bleaching. Last but not least, there is the impact of climate change on oceans. What can individuals do about this?

Although collapsing fisheries and climate change are mainly affecting other countries, we in Hong Kong, also have a role to play in reducing overfishing and other human impacts on the sea. Of course we also depend heavily on importing seafood so what happens in other countries is also relevant to us. As consumers, retailers, government officials, importers, wholesalers, from the transport sector, or work in the media or education, our individual personal and professional actions, collectively, can make a difference. So, traders and retailers can source sustainably produced and legally traded seafood, consumers can buy and ask for sustainably sourced seafood, teachers and media can spread the word. We can all be supportive of government policies that aim, variously, to mitigate these impacts. It needs the actions of society as a whole, working both globally and locally, to bring about the necessary changes. 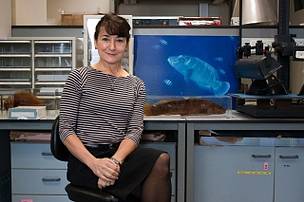