Mangroves Play Protector to Hong Kong, Now It’s Our Turn To Protect Them 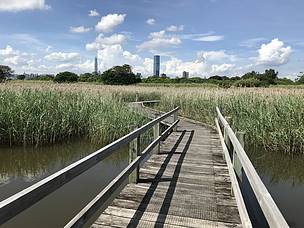 Hong Kong has lost almost all of its mangroves; cleared to make way for housing developments, promenades, and fishponds. About 510 hectares remain, with the largest remnant protected in the Mai Po Inner Deep Bay Ramsar site. Given the importance of mangroves for their ecosystem services, the other 60 or so remaining patches must be saved, including those at Tsim Bei Tsui, Luk Keng, Lai Chi Wo, Shui Hau, Tai O, Three Fathoms Cove, Hoi Ha Wan, Pak Tam Chung, Ting Kok, and Tai Tam.

Most are recognized as Sites of Special Scientific Interest, and have some protection, but there is little capacity for enforcement and monitoring, and they remain vulnerable. The Hong Kong government must extend its policy of ‘no net loss of wetlands’ along the Deep Bay area to these remaining mangroves, backed by law to ensure conservation of these ecosystems that save our lives and property.

The role of mangroves in coastal protection and resilience-building cannot be ignored as rising temperatures and sea levels intensify the ferocity of typhoons and wave surges. Two years ago when Typhoon Mangkhut wreaked destruction across Hong Kong we had a narrow escape. If it had hit during high tide, the storm tides would have been almost 6 metres, inundating the Central district all the way to the HSBC and Standard Chartered banks, according to an analysis by think tank China Water Risk.

As it is, the mangroves in Mai Po likely protected the 15,000 Fairview Park residents from being flooded out during Typhoon Mangkhut by absorbing the wave surges. Studies show that places protected by mangroves were significantly less impacted during the 2004 Indian Ocean Tsunami because they buffered the coast from the tsunami waves, saving lives of coastal communities. As coastal protection infrastructure, mangroves are climate adaptive and resilient in a way that expensive hard infrastructure, such as promenades and breakwaters are not.

So on this World Mangrove Day, we call on the government to extend its policy of ‘no net wetland loss’ to other mangroves and coastal wetlands in Hong Kong to preventing further removal and degradation.


This article was first published in the South China Morning Post on 26 July, International Mangrove Day 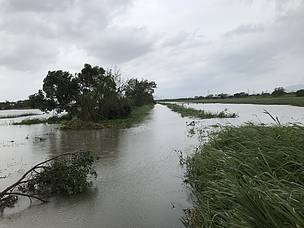