Get ready for Earth Hour 2012 Count down to a sustainable future! | WWF Hong Kong

Get ready for Earth Hour 2012 Count down to a sustainable future! 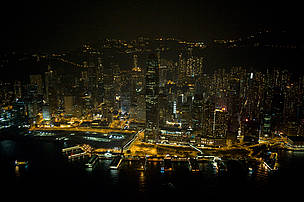 Earth Hour 2011 Aerial (Hong Kong)
© WWF-Hong Kong
The annual global lights-out event, Earth Hour, is only three days away - this Saturday! Hong Kong will join 135 countries in turning off all non-essential lights on Saturday 31 March at 8:30pm to show our commitment to build a sustainable future.

The Hong Kong government and the Macao government have pledged their support to this global initiative. Government House, the Chief Executive's Office and Legislative Council Complex in Hong Kong will participate in the lights-out event and the Hong Kong Tourism Board will suspend “The Symphony of Lights”. Over 3,100 companies and buildings, all universities and over 310 primary and secondary schools in Hong Kong have confirmed their support for Earth Hour so far. Victoria Harbour and other iconic landmarks are also ready to step into darkness for one hour on this significant day. During the day, WWF will organise a series of activities for Hong Kong citizens to celebrate and witness this memorable event together.

Several activities celebrating Earth Hour will be held on 31 March 2012 as follows:

More than 135 countries and regions have confirmed their participation in the lights-out event. These include a number of international landmarks such as the Forbidden City, Eiffel Tower, Buckingham Palace, Golden Gate Bridge, Table Mountain, Christ the Redeemer statue and Sydney Opera House.