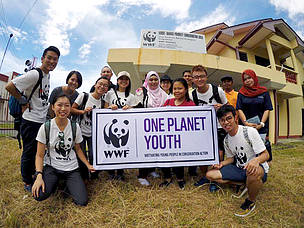 Gazetted in 2016, Tun Mustapha Park covers a marine area of almost 900,000 hectares and is Malaysia’s largest marine park. WWF-Malaysia played an instrumental role in the project, which took 13 years from initial planning and public consultation to the establishment of the MPA. WWF-Malaysia facilitate the public engagement process, helping to convey villagers’ opinions to the government to ensure it didn’t impact livelihoods, and worked to ensure the local fishermen adopted more sustainable methods.

During the trip, the youth leaders met staff at WWF-Malaysia and had the opportunity to exchange views with various stakeholders, including government officials, local youth and residents, to understand their roles in marine conservation.

The youth leaders also visited Balambangan Island, located in the marine park, to experience local life and understand how the marine park affected local villagers. Fishing was one of the main sources of income for local villagers, yet methods used  by other fishermen, such as blast fishing, had led to a drop in fish numbers.

“With the help of WWF-Malaysia, youths on the island formed a patrolling team to regularly monitor illegal fishing, so that they could report to the government and WWF,” one of the OPY leaders noted.

The youths also met members of Kudat Turtle Conservation Society (KTCS) and Pitas Mangrove Forest to learn about their work. At night, the youths patrolled with KTCS members, to ensure sea turtles that use the beach to lay eggs would not be disturbed and their eggs would not be stolen.

A large area of mangroves in Pitas had recently been cleared by developers as the government planned to a commercial shrimp farm. To protect their local environment, villagers formed a group to protest against the development, and were successful in stopping the plan. One of the OPY leaders said, “The most unforgettable experience was witnessing how determined the locals were to do conservation work voluntarily. I hoped to see this from Hong Kongers – to protect their natural environment actively”.

Following their return to Hong Kong, the youth leaders and the One Planet Youth Ambassador Chris shared their experience in the Sea for Future Exhibition in Time Square where Chris encourages local youth to spend more time outdoors connecting to nature and the group reiterated WWF-Hong Kong’s ask for 30% of the territory’s waters to be established as marine protected areas by 2030. 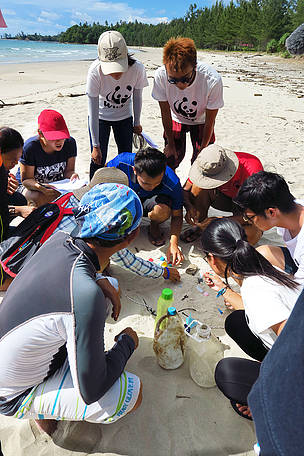 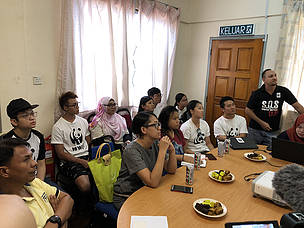 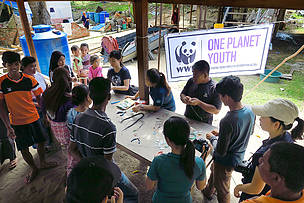 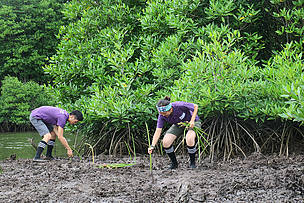 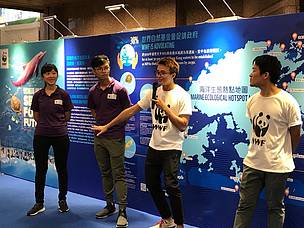 Youth leaders and One Planet Youth Ambassador Chris Leung shared their experience of the trip in the Sea for Future exhibition.
© WWF-Hong Kong Enlarge
Like this article?