Climate change, biodiversity loss and economic development can no longer be treated separately. With COP15 and COP26, the government has a momentous opportunity to help secure an ambitious global biodiversity agreement

COP26, the UN climate conference starting in Glasgow on October 31, represents a critical moment in our urgent response. But as the Hong Kong government addresses the climate crisis, it is essential that it does not overlook another crisis driven by Hongkongers: the catastrophic loss in biodiversity. Since 1970, global wildlife populations have dropped by a shocking 68 per cent on average.

The climate and nature crises are interlinked. The pressure we place on nature through the ways we feed, fuel and clothe ourselves is driving up greenhouse gas emissions and causing biodiversity to disappear.

In Hong Kong, development and unsustainable use of natural resources are the major drivers of biodiversity loss on land and at sea – Hong Kong’s consumption of natural resources is the third-worst per capita in the Asia-Pacific. In Hong Kong, flooding and extreme weather are the risks posed by a warming climate. The threats presented by biodiversity loss are perhaps more subtle, but just as great.

Ecosystems that are more intact are more resilient to climate change, and can offer more protection for us, our economies and the biodiversity around us. The collapse of natural ecosystems puts us in harm’s way.

Destruction of nature is also increasing the risk of future pandemics. If we keep pulling apart the web of life, sooner or later, nature, our life-supporting safety net, will collapse and with it humanity. Nature is the foundation of our economy and well-being.

It is essential that Hong Kong’s leaders do not miss the momentous opportunity over the next few months to tackle both nature loss and the climate crisis at the same time. While attention may be focused on COP26, COP15, the UN biodiversity conference that began this month and concludes in Kunming next May, is just as important.

These conferences represent a “moment of truth” for nature: a more than critical once-in-a-decade opportunity to secure a global biodiversity agreement as ambitious and comprehensive as the Paris Agreement on climate change. But they are also pivotal to reversing the existential threats to humanity from loss of food and water security, and ensuring this planet is a safe haven for life in the universe. If we don’t turn the tide of biodiversity loss now, the fabric of life may unravel.

The opening meeting of COP15 has seen important progress, with China stepping into the role of convention president. With more than 100 governments committing to securing an ambitious biodiversity agreement to put nature on the path to recovery by 2030, it sent a clear signal of political will.

Hong Kong’s Biodiversity Strategy and Action Plan will be updated according to the Post-2020 Global Biodiversity Framework, expected to be agreed at COP15 in May. It is time for the Hong Kong government to step up and incorporate a holistic conservation approach. The goal must be about transforming Hong Kong society’s relationship with biodiversity, to ensure that, by 2030, we reverse our influence and contribution to the its loss. We must commit to achieving a nature-positive Hong Kong and, by 2050, to fulfilling the shared vision of living in harmony with nature.

To be successful in our response to the interconnected environmental challenges, we must take integrated action. Both biodiversity value and climate impact need to be fully integrated and mandated in polices, regulations, the planning and development process, accounts, and assessments of environmental impact at all levels and all portfolios of government, and across all sectors of the economy.

The government must recognise we can no longer treat climate change, biodiversity loss and economic development as separate issues.

COP26 and COP15 are both pivotal to delivering a sustainable future for people and the planet – success at both is fundamental to securing the “ecological civilisation” advocated in Kunming by President Xi Jinping. He said: “Man and nature need to coexist in harmony. When we take care to protect nature, nature rewards us generously; when we exploit nature ruthlessly, it punishes us without mercy. We need to have deep reverence for nature, respect nature, follow nature’s laws and protect nature, so as to build a homeland of harmonious coexistence between man and nature.”

Hong Kong must play its part in securing the future envisaged by Xi, where we live in harmony with nature. 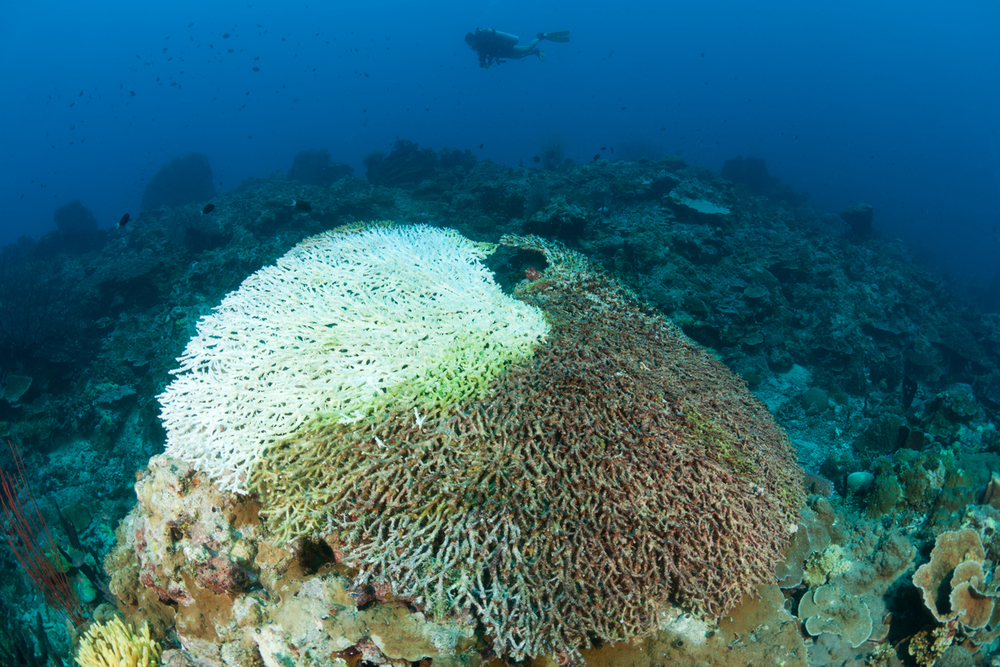 Climate change is threatening our precious marine ecosystem. Some phenomenon, such as coral bleaching, may be “invisible” to many people, but are truly damaging.