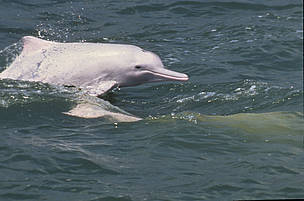 WWF questioned both CLP’s intentions to construct a liquefied natural gas (LNG) terminal on the Soko Islands, and the government silence on the development of a uniquely rich marine area today.

It seems to have conveniently forgotten that the waters around Sokos were in 2002 proposed and endorsed as a Marine Park, awaiting the final approval of the Chief Executive. In a press release in May 2002, an AFCD spokesman said: “As the waters around southwest Lantau and the Soko Islands are important fishery spawning and nursery grounds, the plan would contribute to the conservation of fishery resources and building up of fish stocks. The proposal is also in line with the planning strategy for the Southwest New Territories to conserve the high quality natural environment on Lantau Island and the Soko Islands.” The boundaries of the proposed Marine Park were drawn up and the plan was presented to the Legco Panel on Environmental Affairs in the same month, with a timetable for gazettal in August/September 2002 and actual designation in early 2003. What happened to this proposal, and why is the Agriculture, Fisheries and Conservation Department not speaking up about the threat to these “important fishery spawning and nursery grounds” asked WWF Hong Kong Chairman Markus Shaw.

The Sokos area is unique as the only location where the Chinese White Dolphin and the Finless Porpoise coexist in local waters. WWF has worked for years to ensure the continued survival of the Chinese White dolphin and is extremely concerned about the cumulative impact of large scale industrial developments in prime dolphin habitat, notably the Chep Lap Kok airport, the proposed LNG terminal in the Sokos, not to mention the Hong Kong-Zhuhai-Macau bridge and concept Container Terminal 10. “The population is holding on at the moment in an extremely busy area but there seems to be no recognition that these magnificent animals will not be able to withstand unlimited development in their prime habitat. Even the Lung Kwu Chau Marine Park which is supposed to protect the dolphins has a large “temporary” aviation fuel facility in the middle of it” noted Clarus Chu, Marine Conservation Officer. The nationally protected Lancelet are also found here. “WWF considers development of an LNG terminal in the Sokos to be completely unacceptable” stated WWF Hong Kong CEO Eric Bohm.

WWF questions why CLP is stating a clear preference for the Soko Islands before the public has had a chance to scrutinise the Environmental Impact Assessment report. “CLP is framing the debate in terms of a choice between two sites whereas in fact there are far larger issues that need addressing first” said Eric Bohm. “CLP has glossed over the fact that it has made a serious error in misjudging the duration of supply from the Yacheng gas field in Hainan Island and it is Hong Kong that has to pay, both in terms of damage to the environment, and increased bills to its customers. The public has a right to know exactly why.” In addition, the feasibility of alternative options such as sourcing gas from the Sinopec project appear to have been poorly explored by both CLP and government, judging from the lack of detailed comments from both parties on these options. While meeting the 2010 emission target is important, Hong Kong should not be rushed into a permanent industrial facility with serious impacts to our natural environment for the sake of the interests of a power company. From a regional perspective, other options are available for natural gas supply to Hong Kong.

In terms of reclamation, the smaller area involved in the Sokos compared to Black Point seems to be more favourable. However, the truth is that reclamation is only one component of the associated marine works of the LNG terminal project. Other major works including the building of a jetty, seabed dredging, and building a submarine gas pipeline, with the latter only required for the Sokos option. The marine environment is of considerably more conservation value in the Soko Islands than at the already heavily impacted waters close to Black Point. We also question whether the reclamation proposed for Black Point needs to be as large as is suggested.

WWF does support the use of cleaner fuels with low carbon content for power generation. When comparing natural gas and coal, burning natural gas intrinsically not only emits fewer sulphur dioxide and particulates, but reduced amounts of carbon dioxide, a primary contributor to global warming problem. However, serious damage to the Soko Islands should not be contemplated as a trade off. 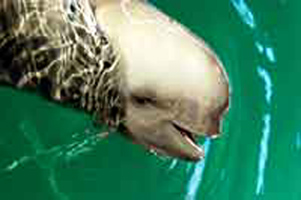