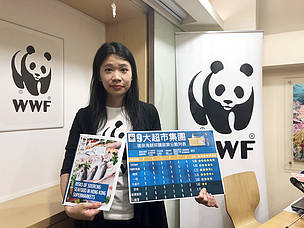 Jovy Chan, Senior Ocean Sustainability Officer for WWF-Hong Kong said, “It is unacceptable that supermarket are selling seafood that is tainted with chemicals, especially as this is a repeated offence by the supermarket brands. This not only potentially violates the Harmful Substances in Food Regulations but poses a risk to consumers’ health. Consumers should not have to worry about the safety of their seafood and they should be given reliable, safe and sustainable seafood choices. WWF-Hong Kong urges all supermarkets to implement a sustainable seafood procurement policy to ensure seafood is sourced sustainably and with minimum environmental, social and legal risks.”

In June 2018, 36 samples of three seafood species, basa fish (Pangasius species), Mandarin fish (Siniperca chuatsi), and Japanese eel (Anguilla japonica) were collected from  outlets across different brands of A.S. Watson, CR Vanguard and Kai Bo, i.e. 23 supermarket outlets, representing about 5% of their total respective outlets. Chemical tests conducted in laboratory found that five samples bought from Taste, ParknShop, Superstore and Fusion, all under A.S. Watson, contain potential carcinogenic chemical  malachite green (MG) and leucomalachite green (LMG), which is one of the major metabolites of MG persisting in fish tissue for an extended period of time. One of the Mandarin fish sample bought from Taste contains 7.18μg/kg LMG, which is more than 2.5 times over the European Union (EU) food safety standards. Also LMG were identified in 2 Mandarin fish samples and 1 Japanese eel sample. The use of MG and LMG on fish for human consumption is totally banned in Hong Kong. Another Mandarin fish sample bought from ParknShop contained nitrofurans, which may be carcinogenic and are banned in several places including the US and the EU.

Jovy added, “WWF has been actively engaging with the nine major supermarket groups since 2016 to make sustainable seafood more accessible. Six supermarket groups comprising AEON, City Super, 759, Dairy Farm, YATA and DCH are on the track to improve their seafood sustainability and put in place key elements of a sustainable seafood procurement policy. However, A.S. Watson, CR Vanguard and Kai Bo continue to fail in our scorecard and are reluctant to work with WWF to improve.” 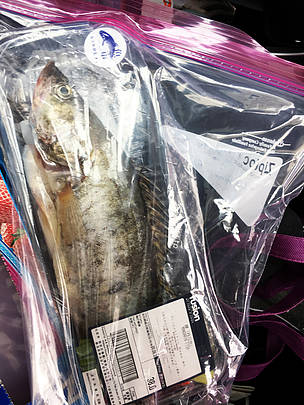