In response to the release today of the Land Supply Task Force’s final public engagement report, WWF is deeply disappointed with the task force’s recommendation to incorporate reclamation into its mid- and long-term land supply options.

In response to the release today of the Land Supply Task Force’s final public engagement report, WWF is deeply disappointed with the task force’s recommendation to incorporate reclamation into its mid- and long-term land supply options.

There is no reason to include reclamation as part of the eight prioritised land supply options for creating 3,200 hectares of land. Implementing the recommended options, excluding reclamation, would already provide enough land to fulfil the projected 1,200 hectares needed to meet land demand estimated under the “Hong Kong 2030+” study. Reclamation would only bring irreversible ecological damage, which is why WWF strongly urges the government to fully develop brownfield sites first to address Hong Kong’s land supply problem.

In particular, WWF is gravely concerned about the mega-scale reclamation proposal in East Lantau waters. According to Patrick Yeung, Manager of Oceans Conservation: “There has been no detailed and robust survey conducted on fishery resources, corals and finless porpoise at the proposed reclamation area. We fear that reclamation will result in irreversible damage to marine ecology and fishery resources, affecting the livelihood of fishermen. Therefore, reclamation should only be considered as a last resort to creating new land for future use. The total land supply to be created from the other proposed options would already fulfil land demand beyond 2030, making reclamation unnecessary.”

If there is to be reclamation, the government must first invite independent bodies, such as universities or academics, to conduct 3-5 years’ comprehensive terrestrial and marine research; and investigate the ecological baseline of the potential sites to assess the potential impact of any reclamation plan. Furthermore, the government must implement marine spatial planning prior to any reclamation plan in order to identify and manage current and future sea use in a way that best meets the priorities and goals among various stakeholders. Whether or not there is to be reclamation, the government should designate at least 10 per cent of Hong Kong waters as marine protected areas by 2020, then increase to 30 per cent of Hong Kong waters by 2030, to safeguard vulnerable marine ecology and fishery resources.

To alleviate Hong Kong’s land supply problem, WWF urges the government to adopt a “brownfield first” policy. More than 1,000 hectares of brownfields in the New Territories are currently available for housing development. Since some of these brownfields are situated in large clusters or already have the necessary infrastructure in place; e.g. electricity and water, they can be released for housing development in a timely manner without sacrificing Hong Kong’s precious terrestrial and marine natural resources, while achieving sustainable development for the city. 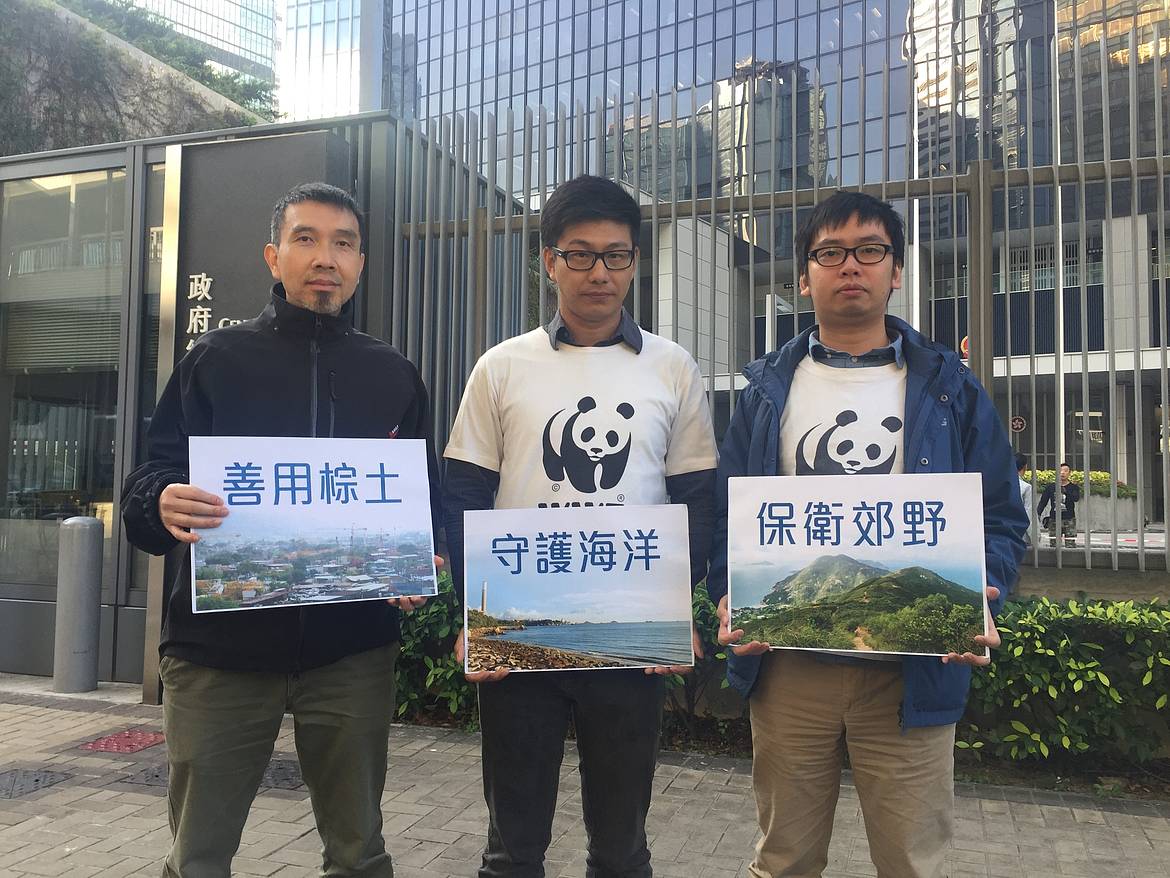