Today, WWF-Hong Kong released Hong Kong’s first comprehensive analysis about South Lantau watershed, and revealed that precious habitats of South Lantau watersheds are not under proper protection. For example, Pui O is facing particularly serious risk from habitat loss, with about 37% area of non-developed conservation-related zonings outside country park in Pui O watershed at risk of habitat loss from eco-vandalism and undesirable development. WWF-Hong Kong urges the Hong Kong government to amend outdated legislation and adopt a holistic conservation approach to protect South Lantau as a haven for rich biodiversity.

WWF-Hong Kong calculated these figures in a comprehensive study conducted called “Watershed Analysis for Preserving the Natural Wealth of Southern Lantau Island”, which examined watersheds across watersheds from Shap Long to Shui Hau in South Lantau containing crucial habitats from secondary woodlands, freshwater marshes, coastal mudflats, mangroves, and sandflats – all of which support important wildlife species, including ones of conservation interest like Romer’s tree frog and the Chinese horseshoe crab.

Watersheds are “areas of land that channel rainfall to streams and rivers, and eventually to outflow points such as reservoirs, bays, and the ocean1.” Healthy watersheds support healthy ecosystem that benefit both wildlife species and human beings; while damaged or destroyed watersheds reflect that the environment is in serious trouble.

The Watershed Analysis study investigated the habitat types and their distribution, statutory protection status and development threats to South Lantau watersheds from Shap Long to Shui Hau, aiming to identify habitats for conservation using a “Ridge to Rocky Reef” approach, which serves as a strategy that sees key habitats conserved to maintain ecological connectivity, protect healthy watersheds and preserve coastlines.

The protection status for keystone habitats in the lowlands on the South Lantau coast, is much more concerning. Due to outdated legislation, the Planning Department has no power to enforce rules against undesirable development, even within conservation-related zones. This means that vital coastal habitats are unprotected and vulnerable to undesirable development and eco-vandalism – in fact, an estimated 6% of marshland in the study area has been filled in over the past 10 years. Not only the ecological impacts of these have been destroyed, exposed soil, when being washed into streams, can also affect the aquatic life in the streams and the nearshore South Lantau waters.

Of particular concern are the risk areas for habitat loss to undesirable development, which lack effective statutory protection now. These areas are non-developed private lands within conservation-related zones, i.e. “Green Belt” and “Coastal Protection Area” zones. We are especially concerned about the areas near Pui O, Shui Hau, Tong Fuk, and Shap Long, where ecologically important wetland habitats including freshwater marshes and mangroves are located. Risk areas also cover lowland areas that are usually close to existing vehicular access points, which makes these areas vulnerable to being filled in and converted to incompatible land uses.

Andrew Chan, Senior Conservation Officer for Policy at WWF-Hong Kong says, “Over the years, construction waste has been repeatedly dumped into freshwater marshes and wetlands along the entire South Lantau coast, even though the land has been listed as a “Coastal Protection Area” or “Green Belt” zones. Habitats such as secondary woodland and freshwater marshes that used to support wildlife species have been damaged and converted to storage areas for containers, vehicle parks or caravan sites and so on. One example is a land filling case with a brick wall erected on a wetland within “Coastal Protection Area” zone of Pui O which resulted in irreversible loss of wetland habitat.”

Preventing further loss of important habitats is an urgent task, one that lies with the Hong Kong government. WWF-Hong Kong’s “Ridge to Rocky Reef” conservation approach has seven recommendations for the government that will maintain ecological connectivity and stop undesirable development and eco-vandalism:

WWF-Hong Kong calls on the government to accept these recommendations as soon as possible. Dr Eric Wikramanayake, Director of Wildlife and Wetlands at WWF-Hong Kong concludes, “This lack of protection places South Lantau’s precious environment at risk. We must close these legal loopholes to safeguard the ecological integrity of watersheds for the benefit of future generations.” 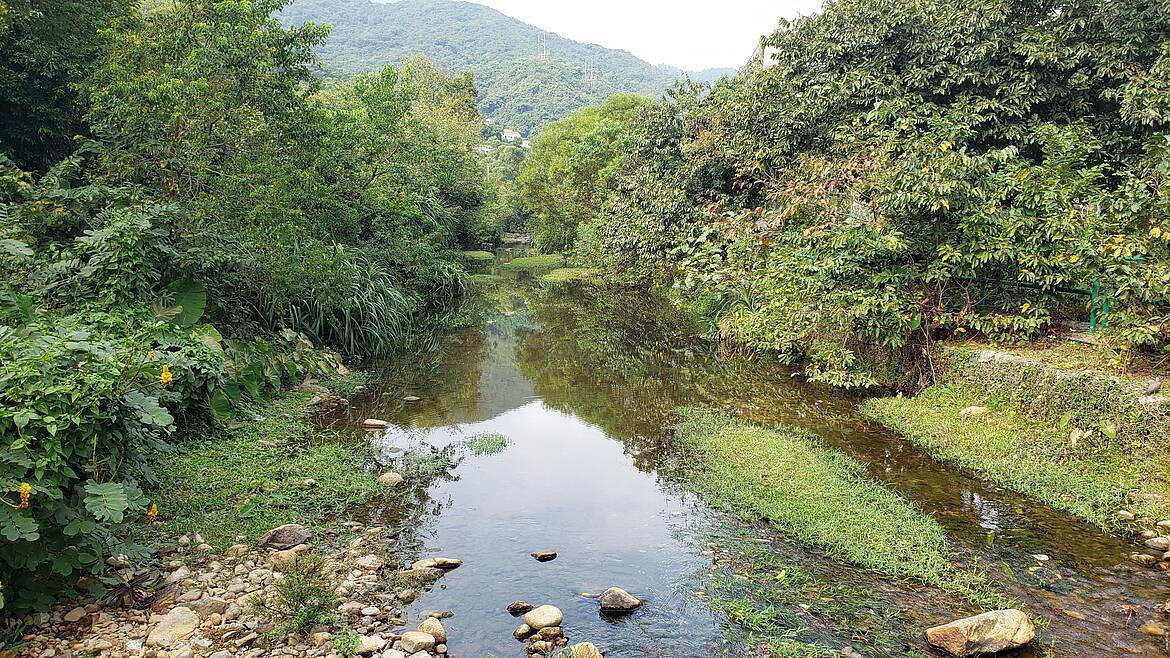