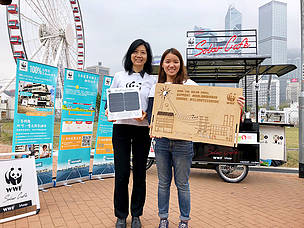 Head of Corporate and Community Sustainability, Karen Ho Mei Kiin (Left) and Assistant Project Manager, Sustainability, Olivia To Pui Wai (Right)
© WWF-Hong Kong
Up to 50 per cent of a Hong Kong household’s annual energy needs can be generated by its own solar PV system, according to data collected by WWF for its Solarising Communities project. Taking up around 25m2 of roof space, one 2.5 kW system, costs $87,500 and generates 2,250 kWh/year of solar electricity, or half the needs of an average Hong Kong household of four (assuming an annual electricity 4,610 kWh of electricity usage per year[1]). This equates to an annual carbon absorption rate of 126 trees.

WWF has also released findings of a citizen survey on the development of renewable energy (RE), showing that 92 per cent of interviewees are willing to pay a higher tariff to support local RE development. Of that number, 60 per cent said they would pay more than HK$20 additional per month, or the equivalent of a 5 per cent electricity bill hike.

“The survey findings demonstrate the interviewees’ aspiration to own an RE system and generate clean electricity. The majority of them are willing to pay extra for a more independent, sustainable and renewable energy future. The level of involvement of individuals and corporates is the key to the success of solarising Hong Kong.” said Olivia To, WWF-Hong Kong’s Assistant Project Manager for Sustainability. “Not only do the people have the space to install their own systems, people can also make investments and profit from their unused power.”

Conducted from December 2017 to January 2018, the interviews are part of a public engagement campaign that gives the public a taste of solar energy and demonstrates its potential domestic uses with the rollout of a Solar Mobile Café. The café will be touring Hong Kong until March 2018. For a full tour schedule, visit https://goo.gl/8FP6B5.

A total of 69 per cent of respondents said they needed a payback period of less than nine years to motivate them to install their own solar PV system. The interviews revealed up to 72 per cent were willing to install an RE system at home following the implementation of an introductory Feed-in Tariff (FiT) rate of $4/kWh for domestic solar PV and a fixed term of 20-25 years to ensure that the cost of the panels can be paid back within 8-10 years.

“The survey findings demonstrate the interviewees’ aspiration to owning an RE system to generate clean electricity. The majority of them are willing to pay extra for a more independent, sustainable and renewable energy future. The level of involvement of individuals and corporates is the key to the success of solarising Hong Kong. In addition to a reasonable FiT rebate, the government should also facilitate seed capital funding for start-up community solar projects.” said Olivia To, WWF-Hong Kong’s Assistant Project Manager for Sustainability.

The survey further revealed that in addition to the cost of installation and the need for day-to-day maintenance (i.e. cleaning), system reliability is another major concern. The three solar PV systems provide useful reference data for setting the rate of Feed-in tariff. Assuming a FiT payment rate ranging from HK$1 to HK$4 to rebate one unit of electricity, annual household electricity bills can potentially be reduced by between HK$2,250 and HK$9,020. Using renewable energy is also a means to cut our carbon footprint, this equates to a total carbon reduction of 2,887 kgCO2e/year.

Operating since October 2016, the systems have shown their ruggedness during adverse weather including black rainstorms in May 2017 and Typhoon Hato in August 2017.
[1] Electrical and Mechanical Services Department (2015) Hong Kong Energy End-Use Data http://www.emsd.gov.hk/filemanager/en/content_762/HKEEUD2015.pdf 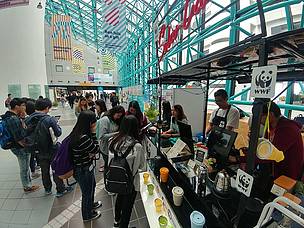 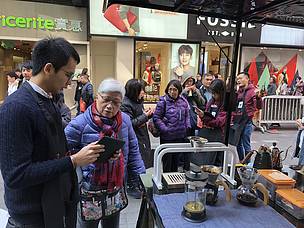