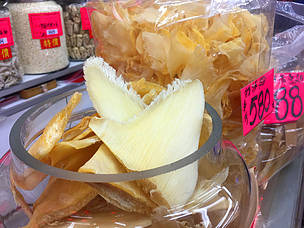 Hong Kong is the global shark fin trading hub. A study released late in 2017 shows that 76 shark and related species could be found here, with some one-third of those species categorized as threatened with extinction. These species include bigeye thresher shark, great hammerhead shark, oceanic whitetip shark, scalloped hammerhead shark, shortfin mako shark and silky shark. The sharks generally come from poorly-managed fisheries including those without catch limits. Stakeholders in the shark fin supply chain should work together to stop the unsustainable trade.

Only by working together can we secure a brighter future for shark species and ensure healthier oceans in our lifetime.